A downloadable game for Windows and macOS

Phoenix secretary Marion Crane, on the lam after stealing $40,000 from her employer in order to run away with her boyfriend, Sam Loomis, is overcome by exhaustion during a heavy rainstorm.

Traveling on the back roads to avoid the police, she stops for the night at the Bates Motel...

62 years after the release of the film in US theaters!

This game created by one single person is a short "9 verbs" point & click adaptation in pixel art inspired by the classic Alfred Hitchcock's Psycho movie. It reinterprets the iconic scene of the film.

It follows the scenario of the original movie adding some new features...

You have to resolve some puzzles to progress in the game. Talk with characters, interact with your environnement, use your collected item...to unlock the next challenge.

Select one of the 9 verbs to interact with the scene, characters, objects...

The right click resets the action, walking is the default feature.

You can skip most of the dialogues by left clicking.

You can increase your walking speed by double left clicking.

The pause menu appears by pressing the Escape key.

A game created by Mathieu Ratier.

metroidjunkie116 days ago
Really good! You can tell I never actually saw the movie, though.
Reply
scanner79142 days ago

That was AWESOME!!! I beat it in one sitting and figuring out what to do next was neither too hard nor too easy -- just about perfect. The music and pixelated scenes really add to the atmosphere of the game. GREAT tribute!

Mommy and I love this game ! Great job

Give your mother a kiss for me then :)

She’s in the shower right now, but i will told her as soon as she come back :-)

Great trailer!! I am looking forward for it!!

Thank you, hope you will enjoy the game! 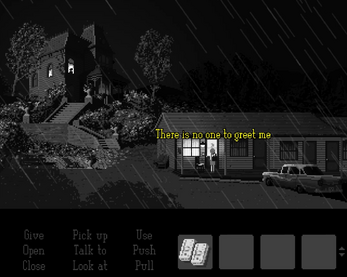 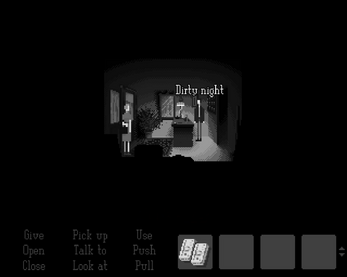 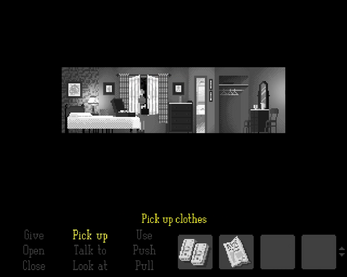 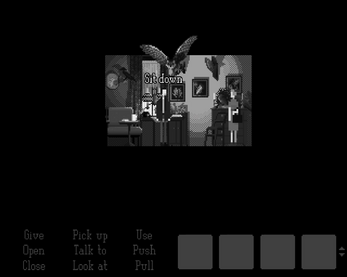